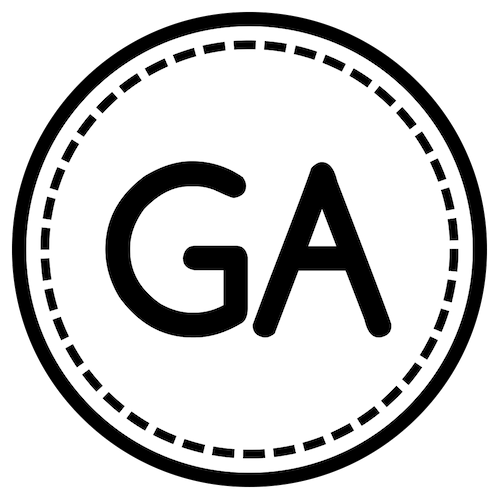 The Difference Between an Alpha Man & Beta Man

Uncategorized Aug 23, 2019
You may have heard that women prefer Alpha males and that you must be Alpha or settle as being a lonely Beta. In this video, I'm going to explain what REAL Alpha energy is and what being an Alpha really means. How you can understand and maximize your own masculine nature, and transcend the limiting energies of Beta and even Alpha. Wouldn't it be nice to never have to worry about these labels? This video was inspired by a question from one of our Magnanimous Men in the Facebook Group.
How's it going! Ed Baxter here from Genuine Attraction - Where we teach men how to get out of their heads and into HER heart and attract their Perfect Partner. So if you're new here, and enjoy what your learning, consider subscribing. And hey! At any point during the video check out the links in the description below. So...let's get started!

Where did the term Alpha come from?

The terms Alphas and Betas came from  Dr. David Meech in a book he authored in 1970 called, "The Wolf" in which he observed dominance hierarchies of wolves in captivity. The Alpha wolf was the dominant wolf while the others, of lower status, were considered betas.
Men came to use these terms as the winning, take no prisoners approach to dominance in society, while referring to betas as the losers, or men incapable of attaining sex, money, or social status. Betas being the men with less power in any social hierarchy. Alphas are referred to as the dominant male in any social gathering. The thought process is that you must be Alpha to attract women, as women only want the alpha male. The belief that a woman will leave you if a more dominant male shows interest in her. A man who's more Alpha than you.
Unfortunately, these kinds of terms do more harm than good to young men and don't accurately describe how society is structured or perceived by the vast majority of people.
Over the next 30 years of observation, Dr. David Meech came to regret the terms Alpha and Beta since they don't accurately describe wolf packs in the wild...and because they are being misused in society. Dr. Meech even made a video about his regret in coining these terms and considers them a major mistake on his part. The dominance hierarchies that the wolves were demonstrating in captivity were displays of stress, the need for freedom, and the competing of scarce resources.
You can see this also play out in prison societies, in bars, clubs, or wherever men are competing for a specific female. Men when under existential stress, lack of sexual options, loss of personal freedom, a scarcity of survival resources, or even extreme boredom will encourage men to reduce themselves to displays of dominance hierarchies.
You can also see these hierarchies play out in pick-up communities where they attempt to "game" the system, in bars and clubs at night, and in areas where there is a perceived lack of female sexual availability and so men must compete for women's attention. It's an immature young man's game.
So you see, by Dr. Meech's old wolf definition of Alpha, which was perverted by fearful men, a Beta man is any man feeling his lack to access of sexually available women and so tries to become the perceived Alpha to secure his sexual options. He tries to be Alpha while secretly feeling Beta. He's insecure.

What the Alpha Wolf Really is.

Wolf societies aren't dominantly hierarchical for the most part. The Alpha male wolf is simply the mating father. The Alpha female wolf is the mating mother. Wolves mate for life. They create their own pack, or family. A wolf pack isn't a conglomeration of random wolves organized into a hierarchy through dominance. It is a nuclear family. Kinda like a human family.
When the cubs become about a year old or so and start to enter adulthood, they have the urge to venture off to find their own mate and start their own pack. Kinda like human teenagers.
Mostly the alpha male wolf is hunting with the female alpha for the cubs and providing protection. The alpha male wolf roughhouses with his cubs and even lets them win. He also pays EXTRA attention to the runts, and even eats last, allowing his family to get the best parts of the hunt. Kinda like a human father.
The Alpha Male Wolf is mostly concerned with fathering and providing for his cubs to ensure their survival. He's not constantly positioning himself against other males to be the best to he can be so he can go fuck all the females. That's the last of his concerns. Nor is he interested in roaming off and mating with another female while his pack is at home. He's concerned with raising his own family to the best of his ability.
The Alpha is RARELY aggressive. When he is, it's towards a threat to his family and will lay his life down if necessary. When he's rarely aggressive towards his own pack, he is simply showing the cubs who's boss, with minimal aggression.

What the Beta Wolf Really is.

Where we do see dominance hierarchies within wolf societies in nature is generally displayed in two ways. The cubs vying for who's in charge, essentially the sibling rivalry or the pecking order. And when two or more adolescent wolves happen across a female in heat. She will take the stronger of the two and create the best offspring.
If you look at these behaviors...Betas are the ones concerned with dominance hierarchies. Betas are the ones trying to fight and compete. Betas are the ones trying to find their place in the world.
Betas simply are Immature Alphas. They are teenagers. Betas are emulating alpha behavior because they haven't "arrived" yet.
Beta's are Big Immature Children.

The Alpha Man & the Beta Teenager

You'll notice in human social groups, the men concerned with being Alpha are exhibiting many of the Beta traits of a teenage wolf who hasn't quite found his footing in the world and settled into his own wolf pack. You'll see him covertly and overtly attempting dominance over other men and attempting to gain the favor of all women around him. Often times, he doesn't even care if she's attractive. He just wants to know she likes him. To know that she could be sexually available to him.
The Alpha pretending Beta male never quite grows up. He's unsettled, he's unhappy, he hasn't taken control of himself or his life and complains that things aren't working out the way they should be. The Beta seems to not understand the concept of personal ownership.
Betas are often the first ones to call themselves Alpha, and are quick act out this shallow archetype in an attempt to hide their true nature, oftentimes labeling other men as Beta so as to position themselves higher on the dominance hierarchy.
In contrast, ironically, the true human alpha really isn't concerned with such terms as alpha and beta because he's actively transcended the need for dominance displays. He simply is. Because he's settled into his compelling vision He can lead with benevolence. He has a quiet self-assurance, confidence as if he's already arrived at where he's going. He leads by example and has a calming effect to those around him. They can feel safe in his presence because he promotes cooperation and community.
In contrast, the Beta promotes discord in a very lord of the flies type of way. People don't feel safe around him, and women find him unstable because dominance is more important to him than love.
To truly become "True Alpha" as a human, it will require you to do more than simply "crush it" at the gym or overcome your competitors. It requires you to quietly and quite seriously sit down and take extreme ownership of your particular situation and decide to make things different and to make things better. To lay down your competition with other men around you and rest into who you actually are. To not be what a woman wants you to be, or anybody wants you to be, but to settle into your own unapologetic true self.
It requires a lot of personal constraints. It requires you to stop tussling and playing with the alpha pretending betas and step out of the hierarchy completely, to think for yourself, and unapologetically embody what your compelling vision is.
Betas do things that emulate Alpha nature, thinking that it's the external that gives them success or attracts a woman. You'll see them obsess over money, dress stylishly, have a chiseled physique, or being dominant over other men hoping that others will recognize them as grown men, as good men. But inside they are very insecure and still looking for permission to be themselves.
They become defensive because they are fodder for the real men, who scoff at pick-up, or the overly stylish man, or the arrogant man who's full of hubris and money.
True Alphas do have the ability, and even the desire to be aggressive at times, but exercise restraint because they realize the control isn't necessary. Alpha pretending Betas feel they must gain control of the external world because they don't want to face their internal lack of control.
The True Alpha realizes that control comes from within and that real power lies in constraint.
True Alphas, by the way, are unconcerned with the labels Alpha and Beta.

Women want a lot of things, and it isn't about being the dominant male. At least not in the old perverted version of the term Alpha. Does she want a dominant male? She'll take him over a pushover, but she doesn't want to be dominated, she wants to be lead where he wants to go with her at his side.
Does she need to see you dominate other men? Most women will take a bully to bed before coward. But dominant male bully behavior, unchecked destroys relationships and communities. It fosters enemies and never-ending conflict. This isn't conducive to love or raising a family.
No...she wants the strong kind of benevolent leadership of a potentially dangerous man, who's already arrived at who he is, and can live his truth unapologetically.
While women may find a guy with muscles, tattoos and a rebel attitude sexy, it's not enough for her. Not long term. She needs to feel that he'll be able to raise the children he creates. She needs to see that he has the potential to build his own community full of good friends and family. She needs to see that he can overcome his unique challenges and be his best self...not for her, but for himself, and by extension his family.
A grown-ass woman wants an adult, she wants a strong partner, she wants a grown-ass man...not a big kid worried about labels like alpha and beta.
You will go deep into producing your own compelling vision, and embodying your own masculine spirit in steps 1, 2, and 3 of the dating fundamentals coaching program. If you're interested in being a part of the coaching program, click the link below and schedule a quick call with me. The call is free, and that's a great price! If you've found value in this video don't forget to subscribe, ring that bell, thanks for watching, and remember to stay unapologetically you. 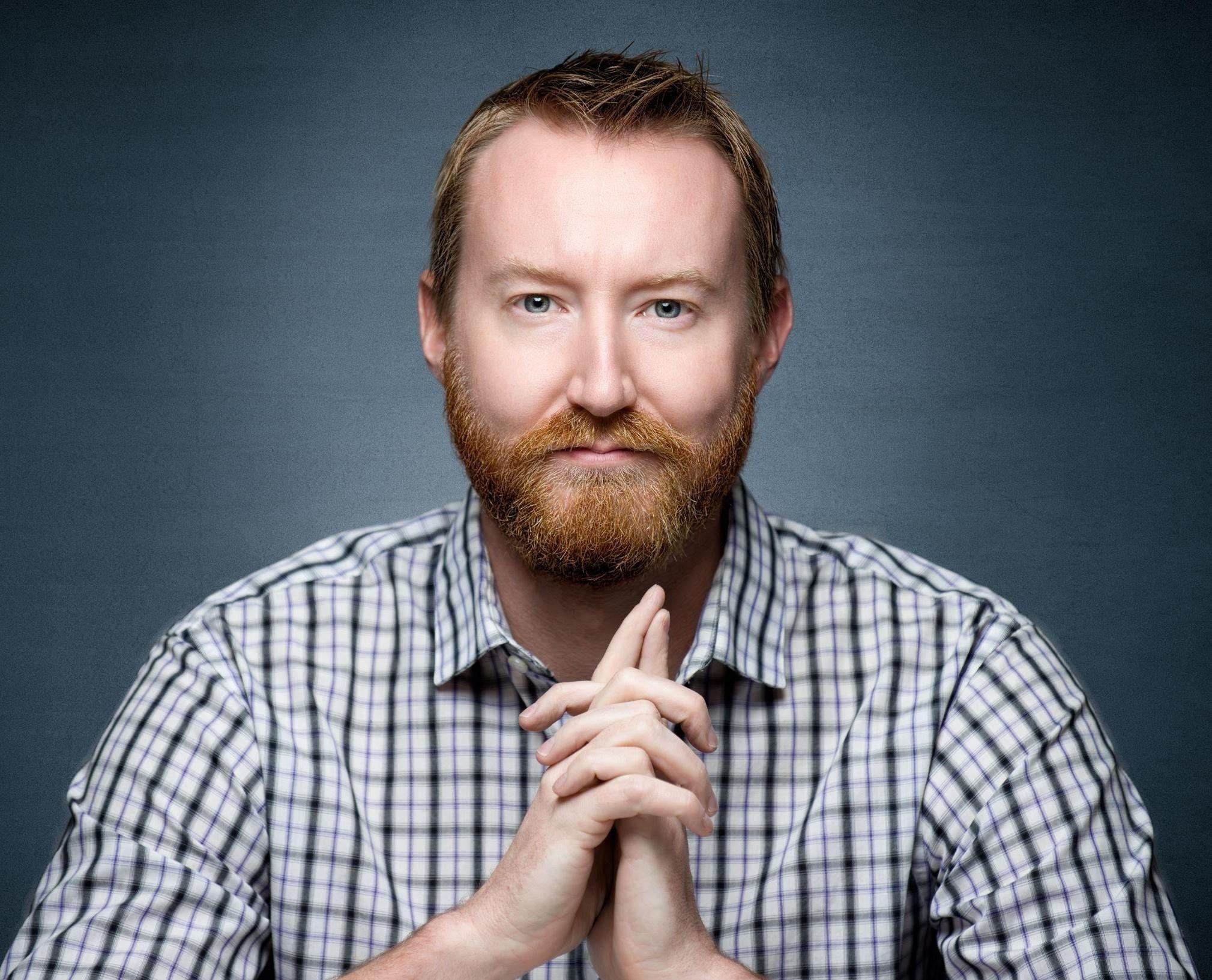